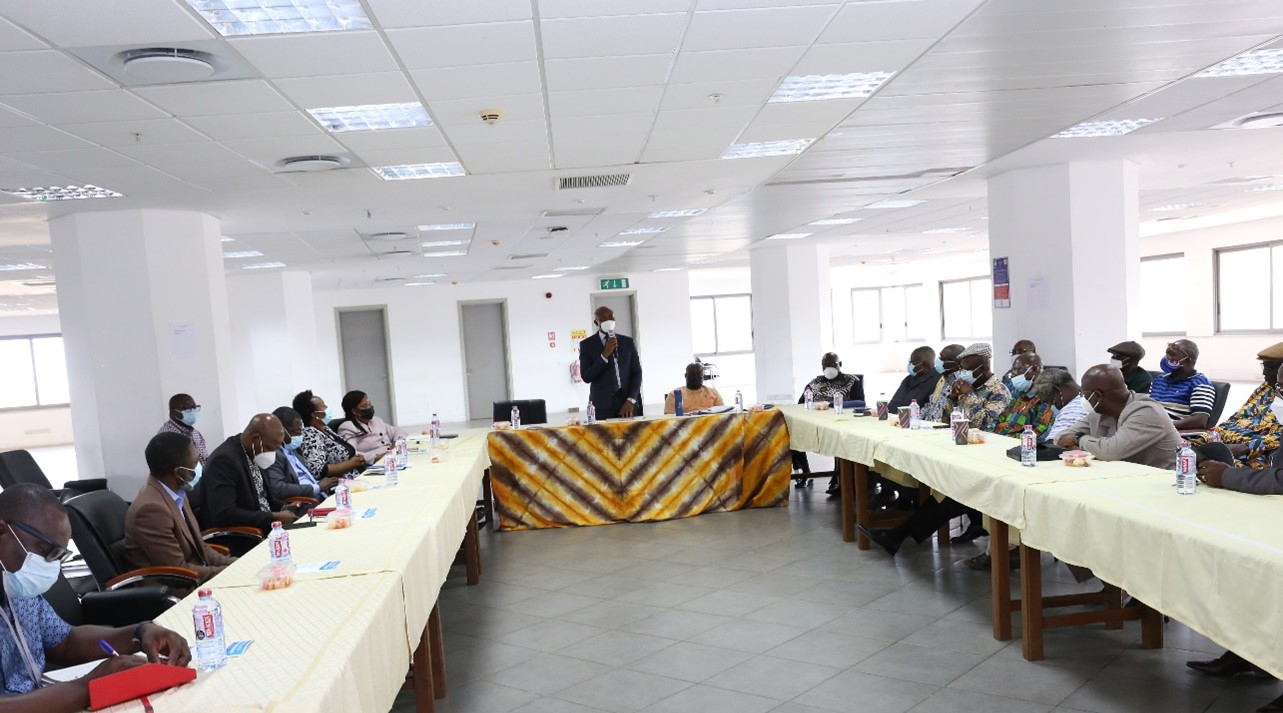 The Director General of the Ghana Ports and Harbours Authority, Michael Luguje has argued that the Port of Keta, when constructed would be economically viable, due to the commercial dynamics in the maritime trade.

He explained that “trade is not conservative. Trade is always looking for access, facilitation, competitiveness, and convenience. That is why at the everyday market, you will find many stalls selling the same product and being successful despite being next to each other. In that same way, a shipping line investing its own resources in a port, like Lomé for example is still interested in investing in other neighboring ports. This means they have worked out the economics and realized that concentrating in just one port would not be the best economically. They would rather be present in each port. Because each country has its special advantage.”

“Ghana’s economy is much bigger than Togo, so if a shipping line is present in Lomé, they’d probably be looking at cargoes not only coming to Lomé, but to other regions. But for Ghana, you would have the opportunity of having way more cargoes bound for Ghana in addition to ones bound for other countries. From the economic point of view, there are a lot of positives that prove Keta is viable.” Mr. Luguje further averred.

The Director General of GPHA also explained the events surrounding the initial proposal Diamond Cement presented for the development of a port facility in Keta.

“Diamond wanted to get a jetty in Keta with deeper berth to accommodate bigger vessels than what they use in Lomé and even cart the clinker by road to the factory, it would be more profitable. That is why despite their investment in rail, they were prepared to come and invest in Keta.”

Michael Luguje however said, GPHA could not have given Diamond Cement the right to operate and own a private port, per the laws of Ghana, hence that deal was not able to go through as initially envisaged by the company.

“They thought with the level in investment they were going to make, they had to own the port as a private facility. We told them that they can invest in the port, and based on the size of their investment, we could give a longer concession term that would give them all the protection they need. That delayed the MOU we signed with them. During the feasibility studies however, they were engaged extensively to let them know, government would invest in the fundamental port works, and the Keta Port master plan could accommodate a Diamond Cement Terminal, so it is not dead.”

The GPHA Boss was speaking during a Stakeholder meeting with the Ben Kwao Group, an association of indigenes and ambassadors of the Keta township, who visited the Port Authority to acquaint themselves with the Keta Port project.

The Director in Charge of the Keta Port Project, Dr. Alexander Yaw Adusei said the port project, is of utmost priority to the Ghana Ports and Harbours Authority, but asked interest parties to exercise patience as such a mega project takes calculated processes to be successfully executed.

“The major part of a port project is planning. At this point we are willing to listen to all suggestions that can help make the project a success for the people of Keta and the Volta and Oti regions. So, we need to unite as a family to get this project done. This is the closest we have come to realizing this project,” Dr. Adusei encouraged.

Project Engineer, Komla Ofori, revealed however that the general feasibility outlay has been done with environmental and social impact assessment pending.

John Klinogo, the Vice Chairman of the Ben Kwao Group described the engagement as an eye-opener in understanding the processes that lead to the completion of a port.

“We now know that when you are doing a project of this size, you need time to do your feasibility studies. Naïve as some of us are, as soon as we heard Keta Port, and that a director has been appointed, then surely there must be some excavation and dredging works ongoing. But it is not so,” he told Eye on Port.

He doubled up on the call for patience to be exercised while the requisite background work is duly undertaken by the experts.